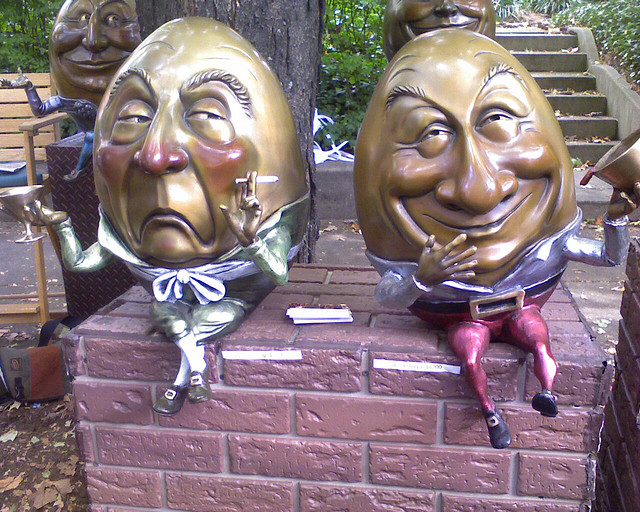 You may think that the biggest race in Louisville is the Kentucky Derby held each May, but the first weekend in October each year holds a race of its own. For the past 56 years, the St. James Court Art Fair in Old Louisville has drawn in artists and is considered the best art show in the nation by some. Every year it draws 750 artists from around the country and over 300,000 people. Popular as the St. James Fair is, for the past 13 years, 20 local artists have staged a competitive fair in the parking lot of the Magnolia Bar. Started in protest of the high $450 entrance fee for artists at the St. James Fair, the Unfair draws a smaller crowd of fiercely loyal fans and features local artists.

Though the events are staged on a completely different scale, 30,000 readers of the Louisville Eccentric Observer (aka LEO Weekly) voted the two fairs as the top two art fairs in Louisville. Considering that Louisville hosts many great art shows, that is a pretty interesting outcome - but one that is typical of Louisville where independence is a proud civic virtue.

This year, both fairs will be held from October 5-7, in Old Louisville, an area of the citycharacterized by the largest collection of Victorian buildings in the country. Once a stomping ground for the wealthy,  the buildings with elegant stained-glass windows and quirky spires deteriorated and fell into...

Low Mortgage Rates Give You More Buying Power In Louisville 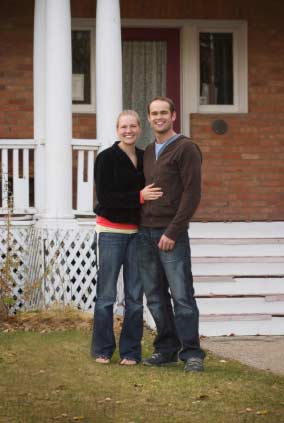 If you are thinking of buying a home, you hear it a lot: "Buy now! Homes are affordable! You will pay less than if you rent!" For Louisville buyers, that line of thinking is true, but reasonable home prices is just one part of the story.

Mortgage rates are so low that you have more purchasing power these days. According to a recent article in The Mortgage Reports, the nationwide mortgage rate is as low as 3.66% for buyers willing to pay .7 discount points plus closing costs. Compared to a year ago, you can buy 9.9% more for the same mortgage payment; since 2007, you can buy 25% more.

The article gives an example with numbers that are out of sight for most homeowners, but are still interesting. Compared to 40 years ago, when the rates averaged 8.75%, a borrower who could spend $2.500 on their mortgage payment could buy a home priced at $397,000. Today, they could afford a $682,300 home 0 42% more. Even if you are buying a home closer in price to the median price, you can still buy much more house than in the past for the same payment.

Today, when you go to the bank to discuss a loan, you are given the amount of home you should look at and the corresponding payment, based on the assumption you will put a certain amount down and take out the mortgage for a... 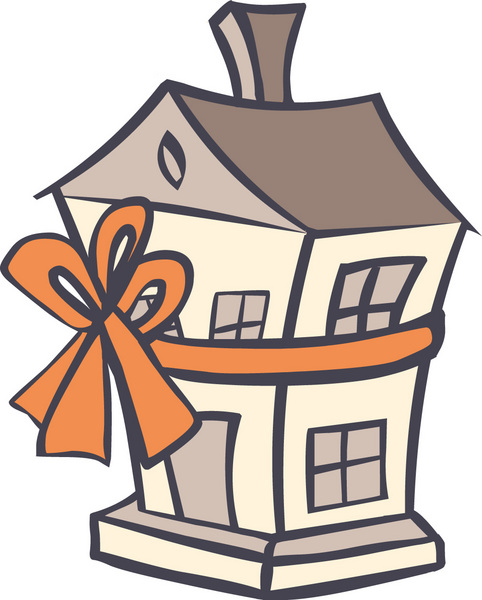 If you are looking for ideas to use in your Louisville home, you might watch home shows on HGTV or follow trends on the internet, there is nothing like seeing examples of what to do in person. Right now through September 23, the Designers' Showhouse 2012 in Anchorage is open to the public everyday to give you ideas. Presented by the Women's Council of Bellarmine University, the showhouse is now in its 39th year. Proceeds from the tours will benefit programs at Bellarmine University.

The home known as the Wilkinson Home at 1701 Evergreen in Anchorage is a 4 bedroom, 3 ½ bath traditional style home built by Louisville architect Fredric Morgan in 1953. Renovated throughout, the showhouse illustrates how a 60 year old home can fit the needs of a modern family and use some green technology upgrades to geothermal heat too. With a large master bedroom and bath on the first floor and three bedrooms upstairs, the home will continue to suit owners who want to age-in-place.

The showhouse spotlights the work of some 20 of Louisville's  most popular designers, who have pulled out all the stops to blends styles to create an elegant, yet livable house. The designers will be on site between 5-7pm on Tuesdays and Thursdays.

Even if some of the décor is too formal for your taste, there's a lot to like in this house.