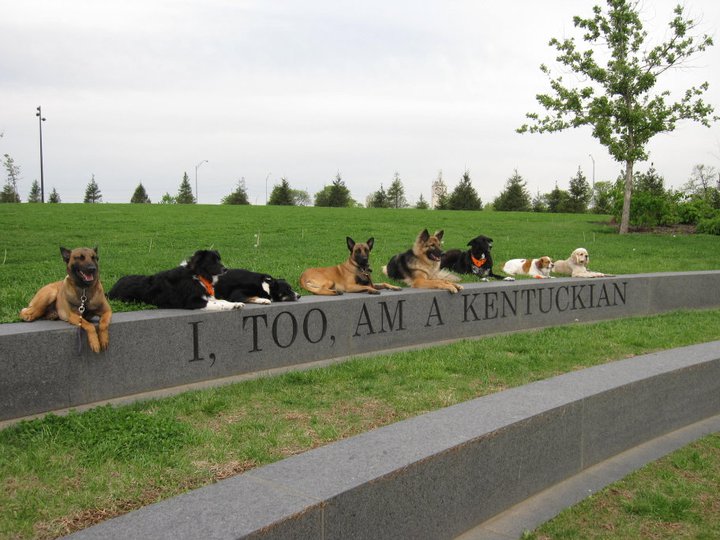 If you are an animal lover, you view economic turmoil with extra concern as Louisville's four-legged citizens are at risk. When times are tough for families in Louisville, you know that pets suffer as owners struggle to feed and care for them. Some make the choice to give their pet to someone else or bring it to a shelter, while others irresponsibility abandon their pet. Others fail to have their pets spayed or neutered, which contributes to a glut of unwanted puppies and kittens.

Currently, Louisville Metro Animal Services has 250 cats and 200 dogs on hand, which strains its facilities to the max. Summer is always the busiest season at the shelter as new litters and lost pets swell the numbers. Thought the shelter tries to place pets with new permanent owners, relies on foster care, and works with rescue groups to find homes, Animal Services often has to make the tough choice to euthanize unwanted animals.

This choice is unacceptable to advocates of a No-Kill approach, such as the Animal Care Society, adoption agency a for dogs and cats.  Recognizing that some animals are too ill, too vicious, or otherwise too unsuitable for adoption, ACS is committed to placing 90% or more of the animals taken in and putting fewer than 10% down - even if their shelter if full. The organization handles local pet adoptions and works with rescue agencies around the country to find "forever homes" for pets. To help make more animals adoptable, ACS helps animals improve their behavior. Since many people are unable to provide for their... 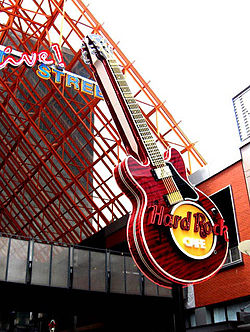 Right smack in downtown Louisville is a pedestrian mall that serves office workers during the daytime, attracts a nighttime crowd to its bars and restaurants, and provides another concert venue for the city. Fourth Street Live, marked by a giant guitar, in the part of Fourth St. between Liberty Street and Mohammad Ali Blvd., is the ideal destination for a night on the town for visitors and Louisville residents as well.

The location is great - just a short walk from Waterfront Park, Yum! Center, Main Street, downtown hotels, and many other downtown attractions. After you attend another event in Waterfront Park or Yum!, you might sidestep the traffic and extend the fun by hanging out in Fourth Street Live for a bit. The parking in after 6pm weekdays and all weekend is free, which is one more incentive for dropping by. It is also near enough to the big Louisville hotels that visitors won't be tempted to drink and drive and can even sidestep the cab fare.

So what's there? In short - retail shops, a food court, and great bars and restaurants. Current food court offerings include Wendy's, Cold Stone Creamery, Taco Bell, Café Taipei, and Subway. You can do a quick errand at Footlocker, T-Mobile, and CVS during lunch, but notably, the  CVS is open till midnight, which makes it handy for the late night crowd.

The more upscale sit-down restaurants, bars, and clubs there are a combination of national chains with some unique Louisville places as well. There is Hard Rock Café and a TGI Fridays, but also the first-ever...

Find a Louisville Home Near a Quality School 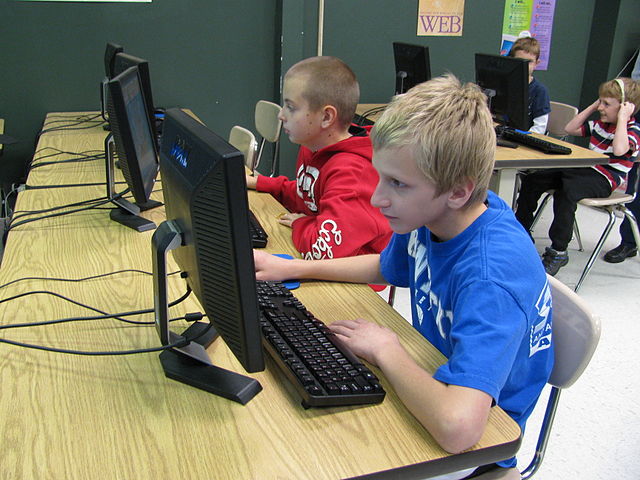 When you move to a new community, the quality of the schools are a big consideration. If you have kids, you want the best for them. Even if you don't, you know that the future sales price will be affected by schools too.

The Jefferson County Public School System is versatile as it strives to meet the diverse needs of Louisville area children. With many optional and magnet programs available, children do not have to attend the school nearest to them - although that is always an option.

Most elementary and secondary schools operate from August through May or early June. You can select the best fit for your children, based on their talents, interests, transportation needs, and schedule.

If your child has a special talent or shows an interest in a particular career, JCPS magnet schools and magnet programs focus on a specific subject (such as environmental studies, computers, visual or performing arts), offer training...

Ahoy! All music lovers, art lovers, and activists. This weekend, the maritime-themed Forecastle Festival of Music, Art, Activism® will bring 70 local and national bands, plus artists, and groups that promote environmentalism and healthy outdoor living to Waterfront Park along with tens of thousands of fans from around the world.

Held from Friday, July 13 through Sunday, July 15, Forecastle promises non-stop music and plenty to do before, during, and after the festival. As the promoters note on the website, Louisville is located "within a day’s drive of half the U.S. population," so many visitors will be first-time tourists in the city. COS (Consequences of Sound), a website that lists and reviews musical events throughout the country offers a Beginner's Guide to help first timers find the best places to eat, drink, and visit in Louisville.

Forecastle is definitely worth the drive. Starting in 2002 as a local effort that cost just $500 to produce and featured local bands who contributed their time, the event is regarded as one of the top 15 festivals in the country. The next year, artists and environmentalist groups were invited to join the festival , which by 2005 was trademarked as Music, Art, Activism®. Now co-produced with AC Entertainment, the 2012 will feature bands such as Girl Talk, My Morning Talk, Bassnector, and more, plus art from Andrew Bird and artists  from the American Poster Institute, and booths and activities presented by environmental...

What's More American Than Buying or Selling a Louisville Home 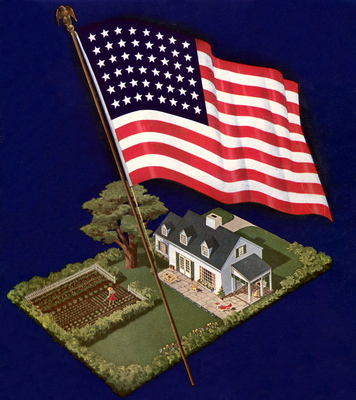 With the approach of the most American of holidays, we consider what represents our country and the hopes and dreams people have here. As a recent survey by Integra Realty Resources show, 75% of non-homeowners in the study between the ages of 22 - 50 said they wanted to buy a home. Many said they were unable to take advantage of good home prices and low interest rates due to job uncertainly or inability to gather a down payment, but ownership was still their dream.

A recent circumstance made me wonder if there are enough available homes in Louisville to help people reach their dream. A couple weeks ago, I posted this on my Facebook:

Agents & Homeowners: I have two diff buyers ready to buy NOW - Highlands/Crescent/St Matts - 180-300K. We have seen everything on market. Both are just waiting for the right one. Let me know if you have anything coming up!!

As of July 2, 2012, we have 8,470 homes on the market, a decrease of 19.4% since last year at this time. GLARMLS said in May that there was about seven months of inventory in the area, a bit more than the desirable six months supply. Are we running out of good, saleable homes in Louisville?

On the face of it, the answer is "no," but the real question is "are the homes on the market a good match for the people who want to buy them?"

Is the price right? The median...