How Much Land Do You Want For Your Louisville Home? 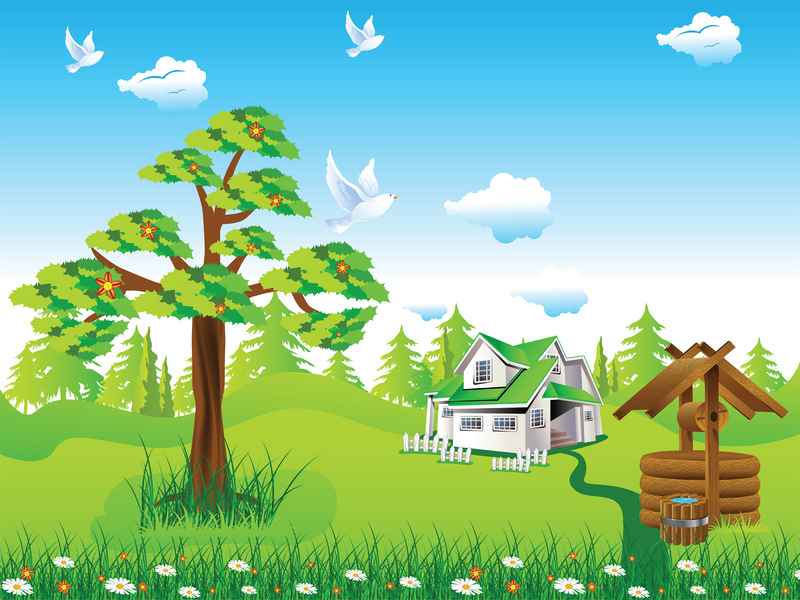 If 2012 is the year when you will finally become a Louisville homeowner, one choice you have to make is how much land you want. Having a big yard is part of the mystique of homeownership for many people, but land values determine lot size as well as the types of homes constructed there. In Louisville, you have many choices within a few-mile radius of downtown, so it is up to you to decide what you want.

Having acreage of any size can be a dream come true or a nightmare for homeowners. In theory, living on a piece of land where there is distance between you and your neighbors represents having a calm place to get away from it all. You can forget the hustle and bustle of the city, see the stars at night, smell clean air, and be at peace, as you live the “Walton life,” perhaps with fewer children at hand. The downside? You have less interaction with your neighbors whether you just want to socialize or when there's an emergency. You are more dependent on a car. But there are other maintenance realities you must consider.

Do you enjoy yard work?

The more land you own, the more maintenance it needs. You may only plan to landscape the area around your home, but beautifying the yard, cutting the grass, removing weeds, and raking...

Wearing the Green and Other Good Louisville Takes on St. Patrick's Day

Regardless of nationality, many people embrace being Irish on St. Patrick’s Day. And why not? The day is rich with camaraderie, good food, plentiful beverages, and hope for the future. As such, Louisville embraces the day.

Wearing the green. Blue was the original color so St. Patrick’s Day, but green replaced it the the 18th century, in honor of the landscape of Ireland, dubbed the “Emerald Isle,” shamrocks, and the green Irish revolutionary flags. Early revelers thought green made them invisible to leprechauns who would pinch and steal those not wearing the color. Now, even my pups wear green in honor of the day.

Leprechauns: These little fairies were ill-tempered tricksters in Ireland, but were given a genial nature when touched by Walt Disney. The 1950 film Darby O’Gill and the Little People made leprechauns the symbol of St. Patrick’s Day in American and Ireland too.

Corned beef and cabbage: Irish settlers to America replaced the bacon in traditional Irish meal with corned beef that was plentiful here. They often bought from Jewish butchers to create corned beef and cabbage, an Irish-American favorite. Louisville delis like Stevens and Stevens serve up corned beef all year, while Irish pubs and other restaurants like the Irish Rover, Bristol Bar and Grill, O’Shea’s serve...

Muth's Candy at 91: Sweet and Strong in Louisville

Posted By Jessica Gaines Jarboe on Wednesday, March 14, 2012 10:19:00 AM  |  Comment on This Post
If you have a sweet tooth and want to support local business in Louisville, you can do both by taking a trip to Muth’s Candy store at 630 E. Market St. A Louisville institution since 1921, the store is family owned and operated, with nieces and nephews of the original owners making the hand-dipped candy.
Muth’s Candy was founded in 1921, by Rudy Muth and his wife, Isabelle. The confections were popular in among workers in the manufacturing plants and office along E. Market. The company survived the Depression, the great flood of 1937,and the World War II years when family an d friends donated their sugar rations to keep the store alive. As the neighborhood changed, many other businesses left the area.  Now, with the resurgence of the neighborhood as NuLu, business is booming once again. The store celebrated its 91st birthday in February.
As Martha Vories, granddaughter of Isabelle’s sister remembers, “This is probably the best part of downtown, after the north end of Fourth Street. There are lots of condos and offices now,” she said. “Muth’s has moved only once — we used to be at 526, but they built the expressway over it. We’re still within a block of where my great-uncle and his wife started out.”
Muth’s is still place where you can get a box of candy with the assortment you want. The ingredients are fresh and the candy is hand-dipped. The store offers 14 favors...
View Full Post

Blown Away in Henryville - How Louisville Can Help

Posted By Jessica Gaines Jarboe on Sunday, March 04, 2012 1:13:00 PM  |  Comment on This Post
Life goes on for many of us in the Louisville area, but for those in nearby Henryville and Maryville, IN, whose lives were blown apart by recent tornadoes, it won’t ever be the same.  Henryville, the birth place of KFC founder Colonel Harland Sanders, was heavily damaged on Friday by a tornado, while nearby Maryville was destroyed.  Though the tornado struck Henryville High School, miraculously, no one in the school was injured. Only two buildings in town remain standing. The current death toll is currently stands at 3 in Henryville, with an estimated total 14 in Indiana and 19 in Kentucky.

These two little towns were caught in a group of at least 44 tornadoes that cut through the south and the Midwest, leaving a  path of destruction  in Alabama, Georgia, Tennessee, Kentucky, and Ohio.  As 2012 enters its third month, the year could rival 2011, when over 550 died and damage exceeded $25 billion in insured losses.  So far, the storms this year in the US are unusually powerful and long-lived, according to Greg Corbin, the warning coordinator meteorologist Prediction Center in Norman, Oklahoma.


Storms like this make you think. Especially in Louisville, where tornados have been part of our history, you realize that had the winds blown in slightly different direction, you might have gotten caught up in them too.  Even as you emphasize with the victims, now coping with homelessness or at least great loss, you feel gratitude that you or your family were not affected. All you can do is reach out to the victims.