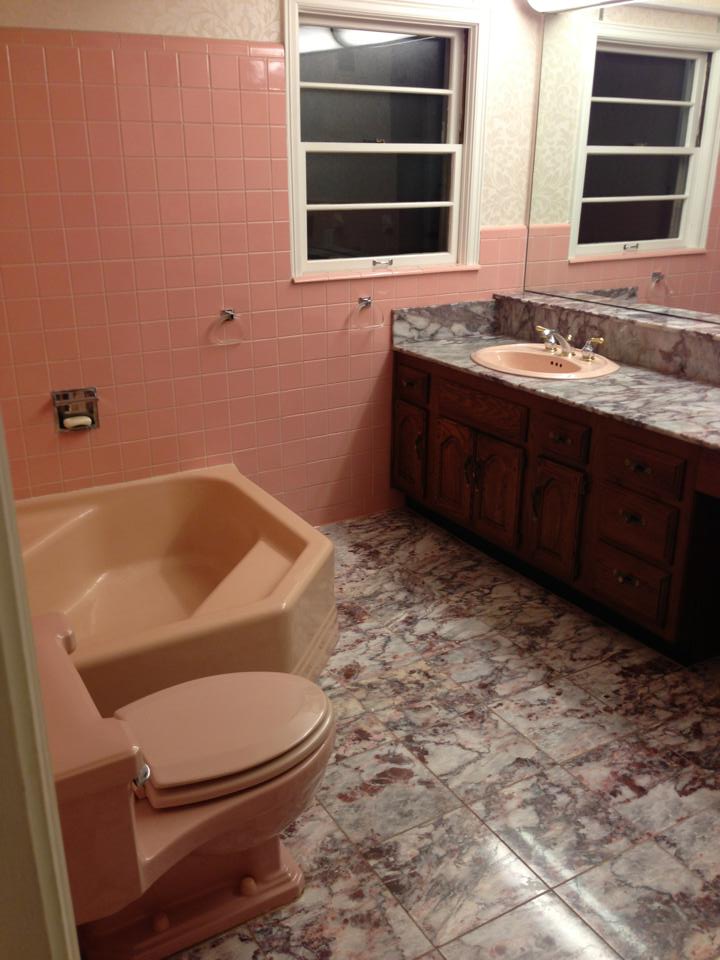 Recently, I showed a stunning ranch house in Cherokee Park that had a pink bathroom. Pink tiles and a pink garden tub, sink, and toilet were complemented by beautiful marble that picked up the pink. The home is older and needs upgrades, with pink bathroom renovation being at the top of the list for many potential buyers.

Save The Pink Bathroom

Changing the color of this bathroom is a big no-no for Pam Kueber, who maintains a website called SaveThePinkBathrooms.com. Also the publisher of RetroRenovation.com, she was enraged when she saw that an intact pink bathroom was needlessly ripped out during a renovation.

Her modern reaction to what she saw  as a midcentury outrage? She developed her website, which is a collection of pictures, articles, links to pink renovation supplies, and historical facts about pink bathrooms. Keuber estimates that there are over five million pink bathroom installed in homes between 1946-1966. Visitors to Save the Pink Bathroom are encouraged to take the pledge to preserve this decorating classic.

Pink bathrooms came into their own in the 1950s, when the first lady, Mamie Eisenhower, who loved the color pink, brought the color to the White House. Though pink was often used in decorating from the 1930s on, the color Mamie loved became very popular after World War II, when other bubblegum colors such as turquoise, chartreuse, lavender, blue, and yellow symbolized the hope and promise of the postwar world. These are often the colors used in the doo wop architecture of the times.

While pink is often considered a feminine color, it was not tied to gender until after well after the war.... 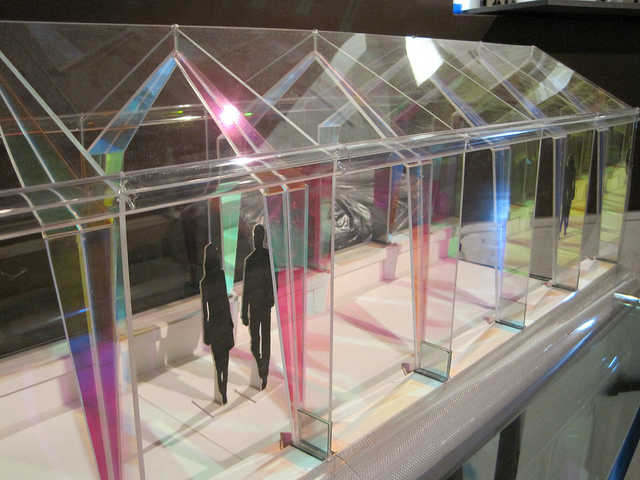 Louisville is nicknamed "Possibility City," an acknowledgement that no how great our pasthas been, the future can only be better. Mayor Greg Fischer wants to grab and embrace the future with the new planning initiative called Vision Louisville that emphasizes "growth, authenticity, preservation, sustainability, and quality of place" while keeping the "weirdness" and "quality of place-quote all the things that make Louisville… Louisville.”

Planning visions come and go but what's unique about the Mayor's vision is that Louisville residents are invited to collaborate with Norwegian planning firm Space Group. The effort was kicked off in September during the annual Ideas Festival when an interactive model of Louisville was created by 3D printers on a 1:1000 scale for attendees and to manipulate, shape, and change structures and then place them at a map of the city. The purpose was to get people thinking about what they wanted their city to be and to keep the vision real.

Fischer realize that while the consultants might have ideas for Louisville development based on research of the past and their experience in cities worldwide, those who live here are a great planning resource with a stake in the city. As a result, the public is invited to leave their ideas on twitter, or e-mail them through the projects website vision Louisville.com.

As the mayor points out, Louisville's history was shaped by great ideas such as the system of parks and parkways laid out by Frederick Law Olmsted, the Riverport industrial Park, the transportation hub created by the Portland...

Plan Ahead To Offset Impact of Global Warming In Louisville 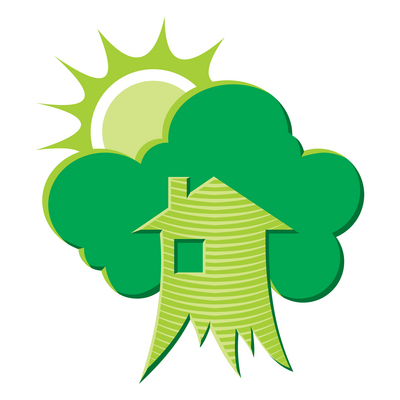 After a hot summer in 2012 in Louisville, we are enjoying a warm winter while people inSan Diego are shivering. Scientists are suggesting that weather patterns are changing due to global warming. In Louisville, there is plenty of debate on this subject, but Louisville homeowners are smart to plan ahead for ways to keep their homes cool in upcoming years.

Thinking about a new roof for your home or business this year? What shade you choose can prepare you for climate change. While you want to pick roofing that will match your home, any color has variations that range from lighter to darker shades. Lighter colored roofing reflects solar energy, so you can be cooler with light gray than with black shingles. Porous roofs that are covered with plants can also keep your interior cooler. This takes planning, but might be a unique alternative to regular roofing which has been used successfully around Louisville.

Mayor Greg Fischer want to add more trees to Louisville to replace old and dying  trees and supplement the stock of urban trees to provide natural shade to the city to offset blacktop and concrete in the city. You can replicate this effect on your property.  As you sit and ponder gardening catalogues, with an eye to outdoor improvements you want to make this year, you might consider adding trees to your yard to add more shade. When you add trees, you want to plant ones that will enhance your home, are right for our climate, and are the right height and width for the right place.

With Louisville Housing Sales Up, Exciting Times Loom For Buyers And Sellers

Have you heard the news about the Louisville housing market? 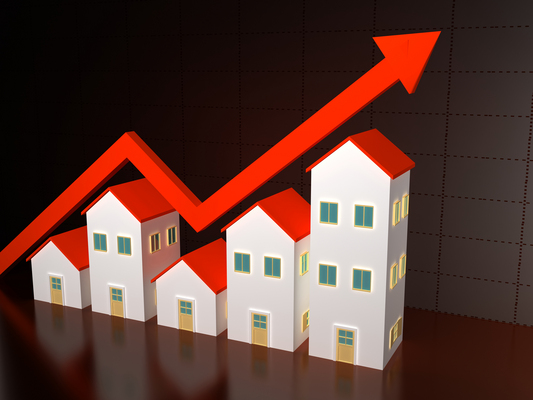 Association of Realtors Paul Ogden has reported that 2011 sales with 16% higher than in 2011. That's "a clear indicator," he said, that "the Louisville housing market is on the right track." Louisville housing sales prices rose to about $140,000, and there are plenty of options available for both buyers and sellers. 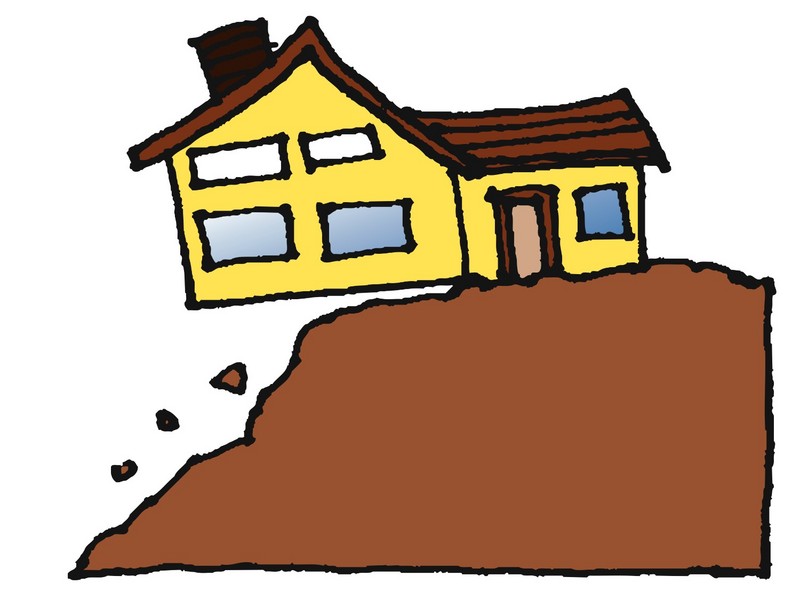 After flirting with cold and snow as 2013 started in Louisville, we expect to see 60°temperatures by the end of next week. This bodes well for real estate, as buyers are more motivated to see listings and think seriously about buying when the weather is better. In view of recent deals about the fiscal cliff, were there implications for real estate that might keep us in the real estate deep-freeze?

Mortgage rates in the Louisville real estate remain attractive. If you have a  FICO score of 740 or more and put down 20%, you might be able to find rate is low as 3.03% for a 15 year fixed, 3.60% for a 30 year fixed, or 3.19% for a 5/1 ARM mortgage. Considering that over the last month, the average selling price of a home in Louisville was $168,182, with the median price of $136,500 this loan rates mentioned give you a good idea of what you might get in the mortgage market. There is nothing in the fiscal cliff deal that directly impacted mortgage rates.

Mortgage insurance premium options remained intact for 2013 for filers making under $110,000. The deduction was made retroactive for 2012. Even if future budget compromises impact the mortgage deduction, you are safe now: there's always the chance that even if deductions were eliminated, it may only impact wealthier taxpayers.

Buy a home that needs to be more energy efficient? The energy 10% tax credit (up to $500) for homeowners extends to 2013 and is retroactive to 2012 for new and existing homeowners,...

When the weather outside is frightful, what can be more delightful than watching hours of 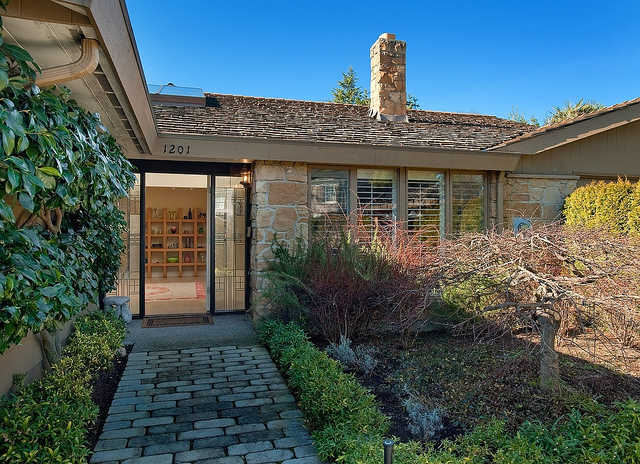 HDTV? House Hunters, Property Brothers, Love It Or List It make for entertaining TV that also make for a good New Years message. As 2013 comes quickly on the scene, you might be thinking that this is the year when you will buy your first house, fix up your Louisville house to sell it, evaluate whether to make improvements that will make your current home workable, or decide whether a new property has potential or requires just too much work for you.

Tips For Buyers And Sellers

All of the shows offer some good tips to buyers and sellers, based on examples of what to do and not do.

The home that inspired me to write this blog was one that had what is usually a desirable feature - a master bath right off master bedroom. The bathroom had been renovated, but the owner chose to cover every square inch of the room, including the area in the shower with mottled green and black tile.

All this tile might be an acquired taste that would turn off some buyers, but in addition, the fixtures in the bathroom were oddly placed. An extra wide door opened to a frontal view of the glass shower door and the toilet right from the master bedroom. (The toilet was positioned squarely in the center of the door). Bathroom users could keep the door shut, but the view proved to be a dealbreaker even when the fixtures were not in use. It was a little surprising that the Realtor did not anticipate the buyer reaction.

Based on shows and on personal experience in Louisville real estate, here are some things to keep in mind.